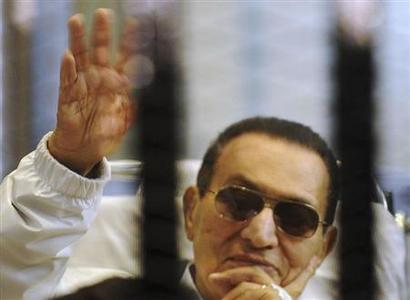 Convening on Wednesday at the Cairo jail where Mubarak is held, the court upheld a petition from his lawyer demanding the release of the man who ruled Egypt for 30 years until he was overthrown during the uprisings that swept the Arab world in early 2011.

Judicial and security sources said the court had ordered Mubarak’s release. His lawyer, Fareed al-Deeb, confirmed this as he left Tora prison after the session. Asked when Mubarak would go free, he told Reuters: “Maybe tomorrow”.

Mubarak, 85, was sentenced to life in prison last year for failing to prevent the killing of demonstrators. But a court accepted his appeal earlier this year and ordered a retrial.

The ailing former president probably has no political future. But many Egyptians would see his release as the rehabilitation of an old order that endured through six decades of military-backed rule – and even a reversal of the pro-democracy revolt that toppled him.