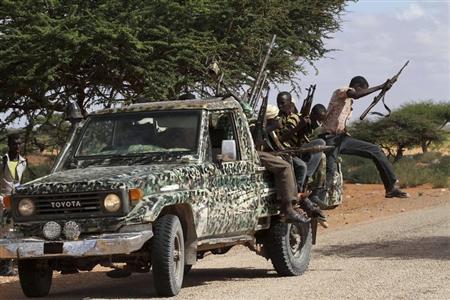 (Reuters) – As the United States pushes for an end to the U.N. arms embargo on Somalia, U.N. monitors are reporting that Islamist militants in the Horn of Africa nation are receiving arms from distribution networks linked to Yemen and Iran, diplomats told Reuters.

According to the latest findings by the monitoring group, which tracks compliance with U.N. sanctions on Somalia and Eritrea, most weapons deliveries are coming into northern Somalia – that is, the autonomous Puntland and Somaliland regions – after which they are moved farther south into Shabaab strongholds.

The supply chains in Yemen are largely Somali networks in that country, council diplomats said on condition of anonymity.